Enhertu is approved for:

Enhertu is approved for:

By targeting HER2, Enhertu is designed to minimize harm to normal, healthy cells and to bring the chemotherapy directly to the cancer cells. When Enhertu binds to HER2, it can enter the cell it is bound to. Inside the cell, the chemotherapy part of Enhertu, known as DXd, is released. DXd travels to the nucleus of the cell, where it causes DNA damage, and leads to cell death. Free DXd can then also enter surrounding cancer cells that may have lower amounts of HER2 on their surface and may not be directly targeted by Enhertu. 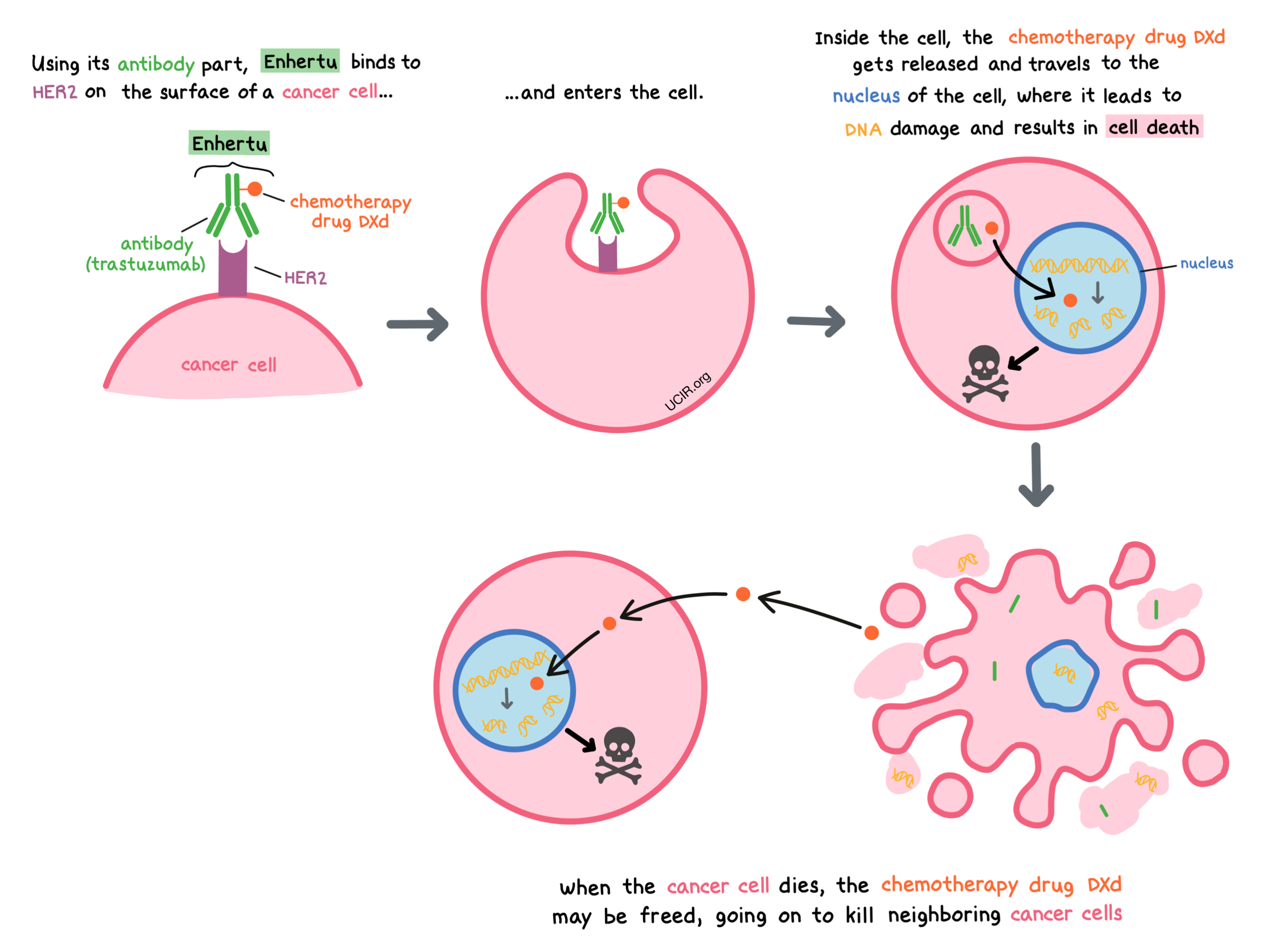 It is important to keep in mind that each patient’s actual outcome is individual and may be different from the results found in the clinical studies.

In a clinical trial, 184 patients with advanced breast cancer that could not be removed by surgery and/or had spread to other parts of the body, and that tested positive for the HER2 molecule, who had previously received two or more anti-HER2-based treatments, were treated with Enhertu. At a median follow-up of 11 months, 60% of patients responded to treatment, including 4% whose tumors went away completely and 56% who saw their tumors shrink. Patients continued to respond for a median of 15 months.

In a clinical trial, 188 patients with previously treated advanced gastric or gastroesophageal junction adenocarcinoma that tested positive for the HER2 molecule and had grown or spread to other parts of the body, were treated with Enhertu or the physician’s choice of either irinotecan or paclitaxel chemotherapy. 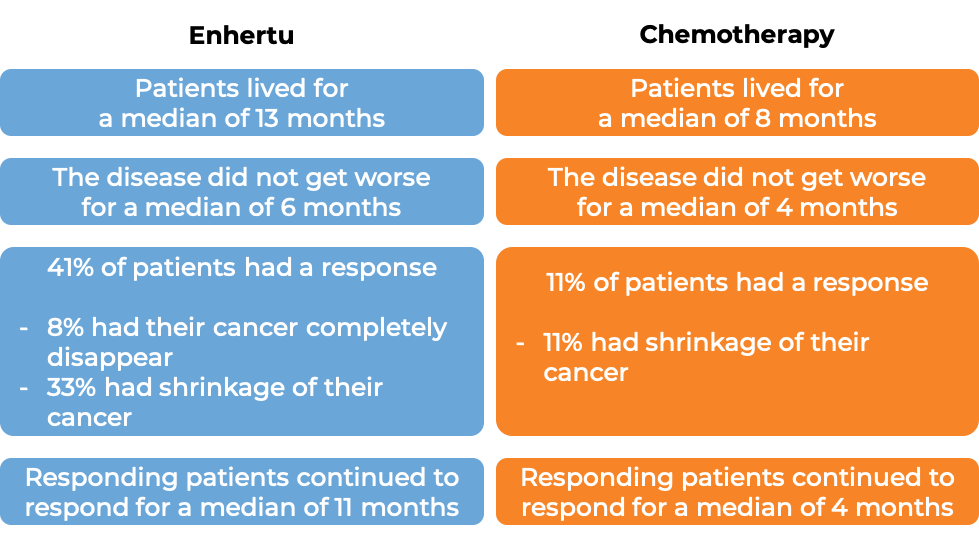 Enhertu can cause side effects that can become serious or life-threatening, and may lead to death. Some of the serious side effects related to Enhertu include severe problems with the lungs and heart, and severe low white blood cell count (which can increase the risk of infection).